Interview with Andy Miller of Plus M Productions 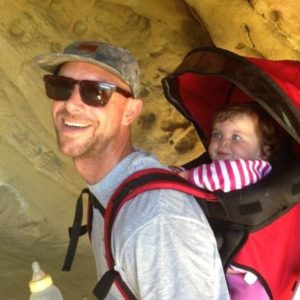 We took some time to interview Andy Miller, co-founder of Plus M Productions, the video production company that worked with us to produce our new video series, to ask about their experience working with us, among other things. Check out the videos here.

One of the things that attracted End Hep C SF to working with Plus M was your focus on social purpose storytelling for positive change. What attracted you to get into this work in the first place?
Robin (Moore, Plus M co-founder) and I met doing production work together for another company over a decade ago. While working on projects together and getting to know each other we came to realize that we both had a real interest in social purpose storytelling and a goal to eventually put our production skills to use to create positive change. We both had a deep personal interest in social justice and environmental issues and it just felt like something we had to do.

Fast forward a few years from there and we took the leap, founding Plus M together in 2011, and dedicating ourselves to social purpose film making full time since then.

What has been the most challenging part of your process with End Hep C SF?
Any time you’re working on health-related stories there’s going to be sensitivities and challenges and this was no exception. Telling health-related stories in a documentary-style film requires brave people to step up and tell of their own experiences for the sake of helping others. Producing those stories in a sensitive way and making sure that all the participants are happy with how they’re story is being told presents some challenges but is so rewarding in the end.

Also, End Hep C SF’s work is inherently centered around the Tenderloin and other areas with a higher density of un-housed people and people who are using drugs. Filming outside in these neighborhoods is very sensitive and requires a lot of patience, a good team and careful planning. We felt it was important to get some shots out in the neighborhood but wanted to do so in a way that was sensitive to the people in the community. Bill Buehlman from Glide was instrumental in making this happen and personally guiding us through the streets. We couldn’t have done it without him and the rest of the incredible Glide harm reduction outreach team.

What surprised you about your work with End Hep C SF?
Oh man, quite a bit. It turns out I knew next to nothing about how Hep C was impacting San Francisco. So Robin and I had to learn a lot, fast and the End Hep C SF team was super helpful with that. I guess the biggest negative surprise was realizing the extent of the barriers that stand between certain people and accessing the Hep C treatment they deserve. On the flipside, it was surprising in a great way to learn about the incredible success rate of the new treatments and how much of an impact getting treated has on the each individual who receives the treatment. Check out the ‘The Power of Cure’ video to get a sense for how life-changing it can be.

Has anything changed since you started in terms of your perception of hepatitis C and the communities affected by it?

Oh yeah. Getting to meet and connect with people who have been directly affected by hep C has really opened our eyes. Hearing first hand about all the stigma and struggle is heartbreaking. I have whole new perception of these communities after doing this work. Secondly, I can speak for both of us when I say that we’ve been blown away by the unrelenting dedication to the cause shown by all the members of End Hep C SF. These guys won’t stop until everyone who needs treatment gets it and that’s something all of us in this area should be thankful for.

What’s up next for you guys?
Lots of interesting stuff on our plate at the moment. We’re doing several projects relating to getting young kids out to nature, particularly kids from lower-income areas. Witnessing young people being exposed to the incredible beauty of a redwood forest, a tide pool, or a wild flower-covered hill for the first time reminds us of why we do this work. It’s just awesome.

We’re working on a short film about a new school model being implemented in East Palo Alto for low-income families. Also, we’ll be finishing up an environmental film about micro-plastic pollution in San Francisco Bay (spoiler alert – there’s lots of it). And we’ll continue to collaborate with our regular non-profit organization clients on films about their important work.

Never a dull moment but we’re so grateful to have the opportunity to do this work. 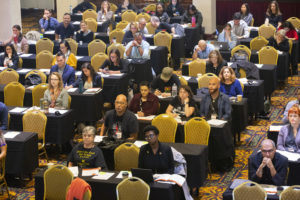 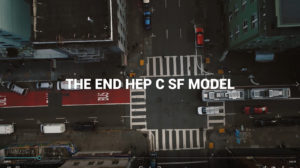