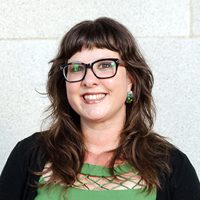 In 2007, when I joined the staff at the San Francisco Department of Public Health (SFDPH) to coordinate HIV testing and prevention services in drug treatment programs, there was nobody working specifically on the hepatitis C virus (HCV) in any concerted way. While there was limited HCV antibody testing happening in conjunction with HIV testing in a few community based organizations (CBOs), little attention was paid to the growing HCV epidemic, despite the fact that in that year (and in the years since) deaths from HCV exceeded HIV-related deaths in the United States. We still have much work to do to realize our vision of HCV elimination in San Francisco, but a lot has changed in the past decade. The progress we have made is partially due to the policy and budget advocacy victories of organizations like the National Viral Hepatitis Roundtable, Project Inform, the California Hepatitis Alliance (CalHEP), the San Francisco Hepatitis C Task Force, and other groups working at the federal, state, and local levels.

Thanks to the pressure of a small group of advocates and health educators, in May 2009, Mayor Gavin Newsom appointed a panel to serve on the San Francisco Hepatitis C Task Force. He charged the group with developing a comprehensive set of recommendations to address the HCV epidemic. I was honored to be appointed to the Task Force and to act as one of three co-chairs for a number of years. The group’s goals and recommendations were published in 2010 and are updated annually. While the Task Force members are no longer appointed by the Mayor, the group continues to convene monthly meetings open to the general public.

One of the Task Force’s original recommendations was to establish a viral hepatitis coordinator within the SFDPH. Given my work at SFDPH and my background, I was charged with this role and spent a few years providing trainings on hepatitis B virus (HBV) and HCV, and enhancing HCV testing capacity in CBOs. In 2014 I made the exciting leap into the policy arena. As Director of Federal & State Affairs at Project Inform, I advance structural changes to our approach to HCV and demand much-needed federal, state, and local resources for HCV services.

As part of my role at Project Inform I have the pleasure of coordinating and chairing the California Hepatitis Alliance (CalHEP), a coalition of nearly 100 organizations committed to reducing the scope and consequences of the HBV and HCV epidemics, which disproportionately affect California’s ethnic communities and the socioeconomically underserved. CalHEP focuses on sound public health policy and advocacy to improve California’s public health approach to liver wellness. In the last two years, CalHEP successfully advocated with the state legislature and governor for millions of state general fund dollars for the California Department of Public Health (CDPH) to invest in efforts to address HBV and HCV.

In addition to budget advocacy, for over a year, Project Inform, along with numerous partners, advocated for changes to the California Department of Health Care Services (DHCS) HCV treatment policy, which restricted access to medications that cure HCV to only the sickest patients, and denied treatment to certain people, such as those with evidence of recent substance use and people with certain mental health conditions in Medi-Cal (the state’s Medicaid program). These restrictions were based on cost-containment considerations and not grounded in clinical evidence or national treatment guidance (www.hcvguidelines.org). Project Inform and partners submitted comments related to the draft version of a new policy, and, Project Inform coordinated several meetings with decision makers at DHCS, expert clinicians, and patient advocates. Many of the changes we suggested through this process were incorporated into the final updated policy. While the current policy does not completely remove restrictions based on fibrosis score, it does open treatment to beneficiaries with mild fibrosis (F2 and above). It also adds a number of conditions that will qualify someone for treatment regardless of stage of fibrosis, including HIV and active injection drug use. In line with nationally recognized treatment guidance, restrictions based on substance use or mental health conditions have been removed from the policy. We continue to advocate for HCV treatment for everyone, regardless of stage of fibrosis.

Project Inform and CalHEP’s state-level advocacy work has directly benefitted the City & County of San Francisco. For example, CalHEP successfully advocated for $3 million annually for the creation of a statewide syringe supply clearinghouse, which allows authorized syringe programs to access supplies free of charge; and $2.2 million a year for three years for the development of HCV testing and linkage to care demonstration projects. San Francisco’s syringe programs now receive their supplies through the clearinghouse, and SFDPH applied for and received funds to develop one of five CDPH-funded HCV testing and linkage to care demonstration projects. San Franciscans living with HCV who have Medi-Cal have greater access to HCV treatment than ever before, in part due to the changes to the DHCS policy described above.

In addition to state-level advocacy, part of my role with CalHEP is to provide capacity-building assistance to local advocates. In 2015, I was thrilled to “come home” to the San Francisco Hepatitis C Task Force to help them develop local budget advocacy efforts. Due to the Task Force’s advocacy, in FYs 2015 and 2016, the City & County invested $500,000 in HCV services. This investment yielded big results, allowing SFDPH to combine state-level support with local general funds to develop a number of robust HCV testing and linkage to care efforts.

Building on the success of the Task Force (including one of its original recommendations for a multisector group to address HCV) and internal efforts within SFDPH, led by the Viral Hepatitis Coordinator, Katie Burk, and Drs. Annie Luetkemeyer and Kelly Eagen, in July 2016, the End Hep C SF initiative launched. Project Inform and CalHEP are both proud End Hep C SF partners and I am pleased to participate on the Steering Committee and the Treatment Access Work Group.

The recent threats to the Affordable Care Act and public health infrastructure are deeply concerning and could have a negative impact on our efforts to address HCV, but these threats cannot undo the progress we have made these the last ten years. We have the tools to eliminate the public health threat of HCV in San Francisco, and we are closer to that goal than I could have imagined when I started working at SFDPH! San Francisco has always been a leader in addressing public health challenges. Working together and advocating for the resources we need, we will #EndHepCSF!