One autumn day I brought my children to work with me in the Tenderloin. We took the 38R down O’Farrell and jumped off between Jones and Taylor. Their elementary school eyes gathered scenes common downtown: A lanky doorman hailing a Prius taxi cab, sneakered hipsters wearing Beats by Dre swaying down the street, a hose power spraying the sidewalk in front of a convenience store. The kids were out of school and going to work with Papi in the city.

We walked into the clinic where they drew pictures while I saw patients. At lunchtime we walked down Ellis to get Banh Mi for lunch and passed a young bespectacled man sitting “criss-cross apple sauce” against a concrete building, his arm tied off sliding a needle into his vein. He didn’t look up. My kids stopped until I pulled them along.

“He is,” I replied, “and so are we for allowing this to happen on our streets.”

The opioid epidemic and overdose statistics continue to startle our country. Open drug use is a common sight in San Francisco. But in the Tenderloin, home to the city’s densest population of children, the site of someone injecting into his arm, foot or neck vein, is traumatizing, especially children.

But there is a safe, compassionate solution out there. Safe Injection Facilities, or SIF’s. A SIF is a place where people can inject drugs out of public view and under medical supervision. They ostensibly eliminate the risk of fatal overdose and prevent infections like HIV and Hepatitis C while linking clients to drug treatment programs. They work. They save money and save lives. Recently, Seattle became the first US city to approve them creation of SIF’s and a piece of legislation, AB 186, is moving in our Assembly.

If my kids grow up to be addicts, heaven forbid, I pray that they inject in a SIF rather than risk dying of an overdose in an alley alone. Wouldn’t you?

With a Perspective, I am Andrew Desruisseau. 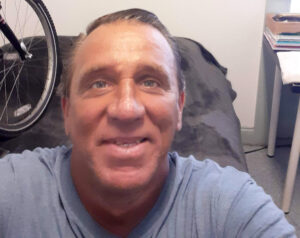 Tales from the Community: HCV Experience into Advocacy